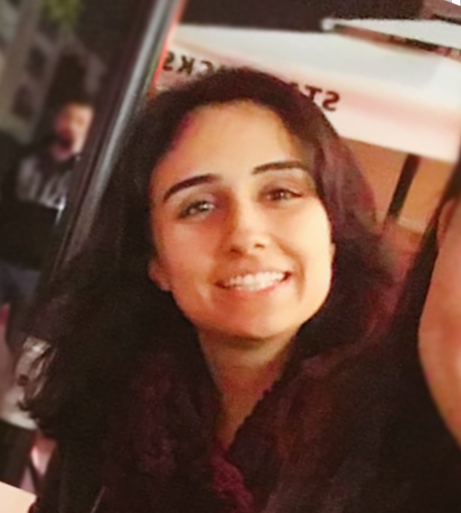 It is impractical to imagine web development without Javascript. Javascript is the keystone of front-end development of web apps. Frontend development has been growing rapidly. Therefore, a lot of tools, libraries and frameworks that greatly facilitate the work and help to create the best project have been created. But what to choose from the whole set?

Some of the most common queries:

In this blog we will discuss the frameworks in many areas such as history, popularity, performance etc. We will find answers to the questions raised above. At the end of the blog, you will be able to decide which among Angular vs React vs Vue is suitable you.

Angular vs React vs Vue: Summary

Angular vs React vs Vue: Popularity

Stack Overflow is the largest, most trusted online community for developers. we can also obtain objective results by looking at the stack overflow statistics. 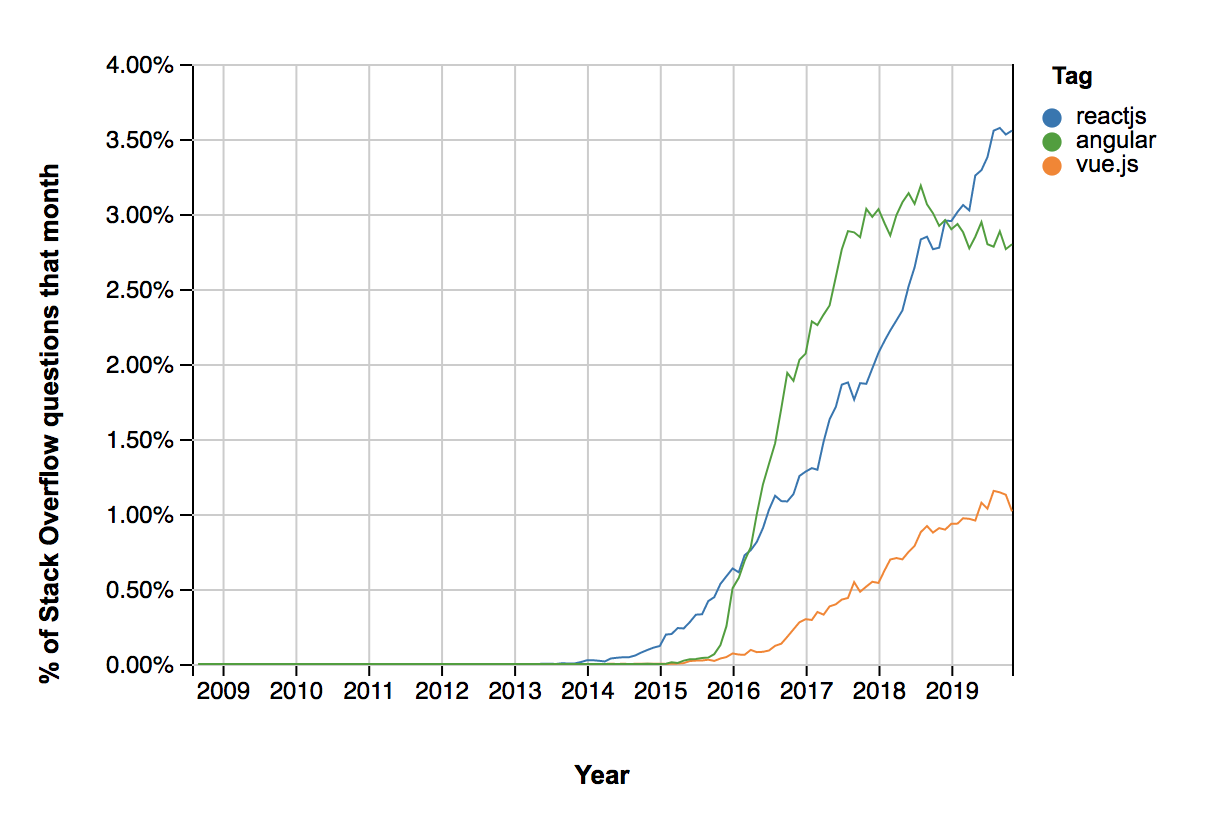 In the graph above, we can analyze the percentages of stack overflow questions of each year. The reason for Angular's breakthrough is the improvements introduced in Angular 2 after 2016. React is used and liked by a lot of software developers, so the number of users are constantly increasing. Vue is loved just as much as React by software developers and the learning process is easier than others. In the following stack overflow survey, we can see clearer results on this. 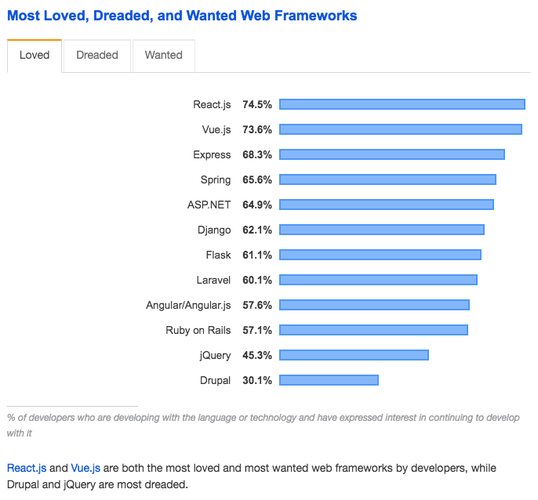 Below is a graphical representation of the npm trends for the downloads and stars of Angular vs React vs Vue. It clearly shows React on top, followed by Angular and then Vue. But when we look at the stars, the lowest goes to Angular and highest to Vue, followed by React. In addition, the most used framework is React on Github. 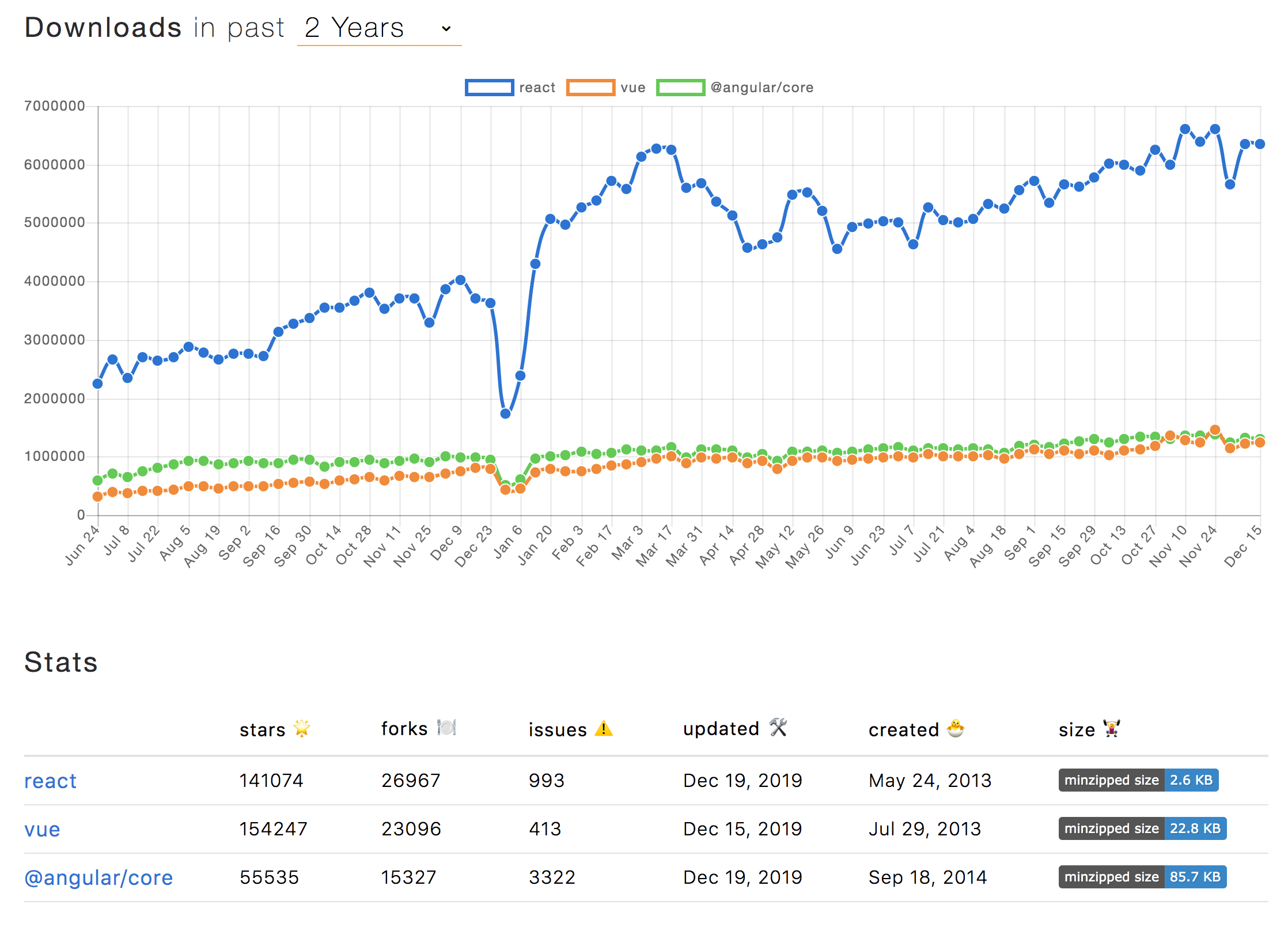 Have a look at the graph below, Vue.js is way behind angular and react. React is the most popular in searches. In my opinion, the reason of Angular's search result, it was released before other frameworks like React, Vue and lot of projects are dependent on that.

Indeed is a worldwide employment-related search engine for job listings launched. There are no data about which framework is used more, but we can analyze vacant positions on Indeed.com and get interesting results:


Angular vs React vs Vue: Performance

Angular vs React vs Vue: Pros and Cons

Angular vs React vs Vue: Conclusion

Based on what has been written above, we can say that React & Vue are the most liked and supported frameworks of 2021. However, each framework has advantages and disadvantages . There is no answer for which should be chosen. But if you have any questions in your mind, the following approach will simplify your decision making.